Back to the Eighties

I travelled back in time to 1981. Somehow, my arrival caused a retrograde ripple effect, 'cause I found the 1981 I was in different from the one of the history books. Return of the Jedi had already been filmed and released; Pepsi came in bulbous, peanut-shaped bottles; and global warming had already reached 2020-level severity. For some reason, my physical form kept oscillating between that of Marty and Lorraine McFly.

The dream realigned. I was still in 1981, but I was in my own body and my mother was with me. We were walking through the crowded streets of a big city like Vancouver or Toronto, followed by an Indian woman who was literally just a head with two feet. 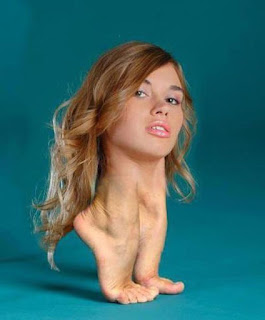 We tried to lose the walking head in the crowd, but she kept right behind us. She demanded my mother give her her clothes, so my mother kept stripping off articles of clothing and tossing them behind her.

The dream realigned again. Now I was now in my hometown, in the late '80s/early '90s. The landmarks were different, in keeping with me being in the past, though the architecture recalled the '50s rather than the '80s, with lots of neon-fronted shops. 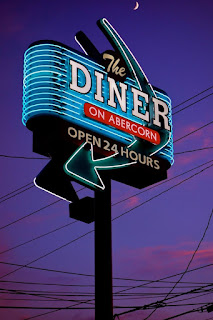 Then I slipped further back in time, to the 1880s. The landmarks were really different now, the architecture looking straight out of Oz, with emerald green buildings. A train station stood where the local high school would stand inside a century. Beyond the station, where there are trees/hills in real life, was a sprawling sea.
Posted by Duragizer at 4:48:00 AM