Beautiful Woman of the Day #2

I plan on posting the first semi-substantial post in this blog sometime soon in the near-future. 'Til then ... 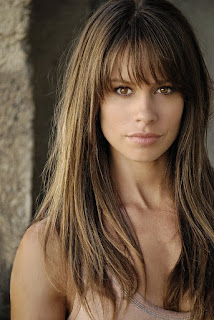 I was introduced to this woman's existence in late summer 2007, when I was first exposed to the American version of Hi-5, a kids' show which showcased a quintet of talented 20-something singers performing musical skits to a (presumably) live audience of children while high on sugar, caffeine, and presumably less legal chemical substances.

Going under the name Jennifer Peterson-Hind at the time the show was filmed, she was one of the three female cast members of Hi-5. She was also the one I found the most captivating and attractive, and her EXTREME!!! bubbliness kept me -- a mature man of twenty years -- watching the show for the next year or so (I only stopped watching after the reception on my TV got so bad that I could barely watch the channel it appeared on through the heavy snow.).

Since working on Hi-5, she's gone on to make bit appearances in movies (none of which I have ever watched (thus far)), appear on American Idol (I don't watch that trash, though, so I'm oblivious to her performance there.) and release a few albums. I listened to some of her songs, but they were too "modern mainstream" for my tastes, so I didn't bother exploring her musical career from there.

Though it'll likely never, ever, ever happen, I'd like to see a Hi-5 reunion TV special in the future. It'd be nice to see her sing ecstatically about pizza one final time.
Posted by Duragizer at 8:42:00 PM

Email ThisBlogThis!Share to TwitterShare to FacebookShare to Pinterest
Labels: Musings from a Rat in a Cage