From the Dream Archives: D & the Wolf

I meant to post this on the 19th, the 2nd anniversary of this blog's existence, but time got away from me and I plumb forgot. 😞

Anyway, this'll be the final entry from the dream archives, as it's the last dream I recorded prior to my turning this blog into an on-line dream journal. It's a good one, too — a perfect subconscious rendering of my scarred psyche.


I don't remember how the dream started, but the earliest part I remember was taking a trip to D's university. For reasons unrevealed to me, a party was being hosted there in her honour, with lots of balloons and confetti and friends and family and acquaintances.

I arrived there looking particularly disconcerting, dressed only in a loincloth, my hair long and unkempt, rockin' the Kubrick Stare. I tried gaining access to the party, but D ordered me kept out. As they tried shutting the door on me, I wedged my shoulder in the door. I can't remember if I begged her to let me in or not, but as I was slowly pushed back out, she stared hard at me. Wearing a humourless grin, she told me I'd never ever be allowed to see her again or get to be a part of her extended family.

Locked out of the party, I then suffered a complete psychological breakdown. Losing all sense of reality, the entire world dissolved around me into amorphous shapes and swirling colours.

With there being a psychiatric ward at the university, I decided to commit myself. The doctor who saw me was a black man, kind of roly-poly; I think he was patterned off of Paul Winfield. 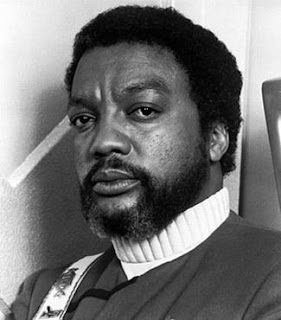 I was then somehow out of the ward and away from the university, where I encountered a pretty, petite brunette. She sported shoulder-length hair and was wearing form-fitting red-and-black clothes. 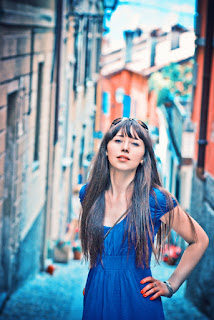 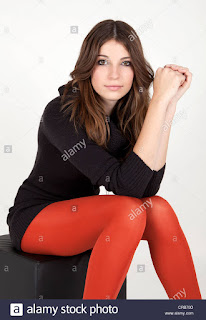 (She looked much like the girl at top, dressed in the outfit at bottom, with the aforementioned shoulder-length hair.)


She wanted me to do her right there and then against the wall. As we got going, I began my transformation into the Wolf. The personification of all the secret, base desires I keep bottled up inside, the Wolf didn't just want to screw this woman's brains out figuratively, but literally. It wanted to take all my misery and rage and hate against the world out on her, to tear her to spreads and bathe in her blood.


Fighting against my escalating impulses, holding desperately onto my humanity, I pulled out and away from her and quickly left before I lost myself to the animal within. Returning to the ward, I had the doctor lock me back up. Now in a secure cell, the Wolf retreated, allowing me to breathe a sigh of relief.