No Dogs, No Masters/Witchspin/The Mutant Calicoes Beneath My Garage/Ghost Dad/And the Suns Became as Red as Blood ...

My mother and I joined a plethora of anarcho-communist/anarcho-syndicalist organizations, all of which catered to cat lovers in particular. 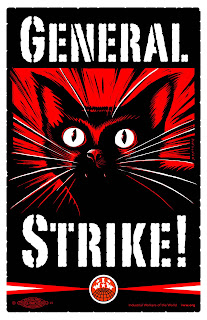 
Had a bi/transerotic dream which included witches and werewolves in powdered wigs. I remember nothing coherent about it.


There was a hole in the floor of my garage. The hole led down to a cave/hollow beneath the foundation. All my cats which had gone missing over the years had gotten trapped down there, where they survived and bred. After nearly twenty years of inbreeding, they were almost all calicoes, and while a portion of them remained attractive animals, another portion was mutated/deformed; one cat had three heads, another had a teeny-tiny head as a result of getting their head permanently stuck in a bottle cap as a kitten. 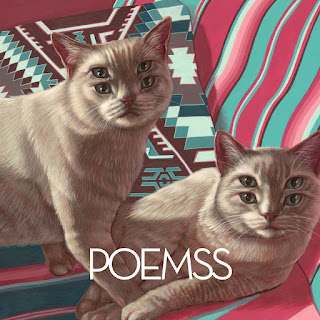 
The ghost of my father began manifesting about the house. He stayed in bed for the most part, sick as he had been in the months leading up to his death. Though he'd periodically talk to us, I got the sense that this was no sapient Earthbound spirit; this was just a spectral recording, a semi-interactive ectoplasmic hologram, and his true soul had moved on to the next phase of its existence.


I was in my kitchen, washing dishes, when the power went out. After about a minute, the overhead light came back on, but the rest of the house remained without electricity. I looked outside the window; the sky was black with thick cloud. Showing through this otherwise solid blanket of black, haloed in red, was not one, but two suns.
Posted by Duragizer at 3:26:00 AM