In a big city, amidst traffic, a work crew was excavating the street. Having broke through the asphalt, they uncovered in the underlying earth what were assumed to be a number of fossilized angel skeletons. 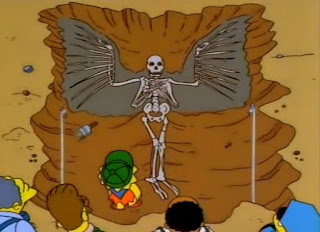 
Right away I could tell these weren't the remains of real angels — the skulls were oversized and exaggerated, the skeletal structure cartoonishly simple and lacking articulation — yet for reasons I couldn't fathom, everyone believed these to be genuine angel fossils.

The dream switched gears. I found myself watching a woman as she rose from a sea of blue paint. She was Hispanic/Latina and incredibly voluptuous. 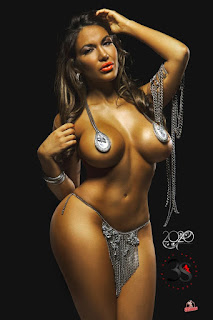 
I felt my slide whistle rising. But as the paint ran off her body, I could see she was covered in tattoos. There were tattoos running down her arms; four large tattoos on her back; several tattoos on her backside. Since I find heavily tattooed women gross, my carbonated soda went quickly flat.

What follows is fragmentary, imperfectly recalled.

I was in the hallway of a shabby motel/hotel. An oldtimer 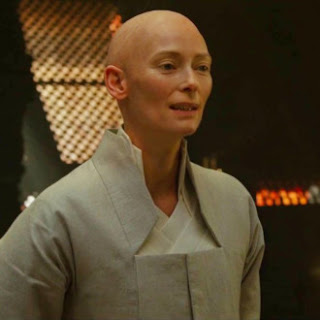 
had accidentally dropped some cash. Some fugly punks — one of whom reminded me of Lil Wayne 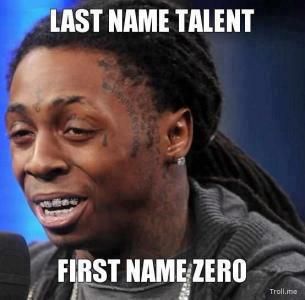 — tried stealing the money. I scooped it up before they could snatch it and took off. Through the turning, twisting corridors I ran, trying to catch up to the oldtimer, to outpace the punks.

I don't recall the intervening details, but I eventually found myself inside a clean, upscale bar/restaurant. Now I was an old man. I was seated at a table, and seated with me at the table was ... Somebody™.

I was led to believe that by passing the oldtimer's money over to Somebody™, the oldtimer would get their money back in due course. As I exchanged the money, however, Somebody™ gave me a cheque in return. I then realized Somebody™ was in cahoots with the punks I'd met earlier, that he was paying me for stolen money.


Billy Dee Williams, who was working there as a server, carrying a platter laden with hors d'oeuvres stuck with fondue forks, happened to witness this transaction. Incensed, he took the fondue forks and attacked Somebody™ and his punk cronies, stabbing them with the forks.

I recall the tattooed bimbo making a brief, unremarkable reappearance. I weighed the pros & cons of making a weiner-taco with her. 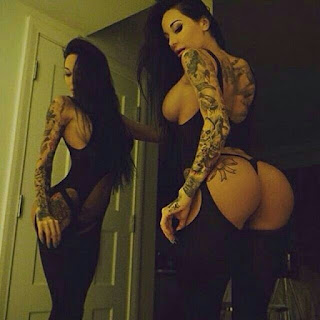