It was the '60s and I was in Sweden, on the set of a movie being filmed by Ingmar Bergman. I'd been hired as an extra, but due to an actor's absence, I was promoted to bit player. I was to deliver my lines in Swedish, but not being fluent in the language, I had to recite them phonetically; I flubbed them badly.

On the plus side, Bibi Andersson and I shared a mutual attraction; we spent the whole time flirting and consulting a Swedish-English dictionary to bolster my understanding of her tongue. 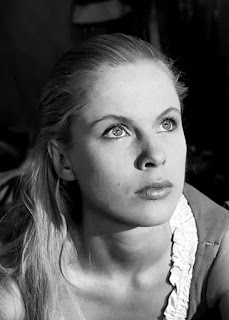 
In the near-future, the end times came upon us. The human birth rate had fallen to zero and the souls of the dead were no longer permitted to pass into the afterlife; they remained tethered to their decaying bodies, intelligent zombies which maintained an uneasy, sometimes hostile co-existence with the living population.

Marty McFly had developed an addiction to pizza; he ate multiple slices of pizza multiple times a day every day until he became obese, died of heart disease, and came back a zombie. 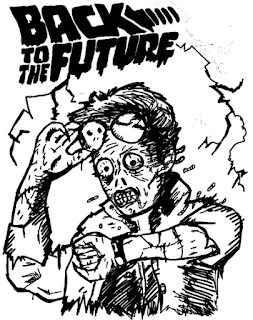 
Dreamt that I watched alternate cuts of the Tim Burton Batfilms which had been re-edited to better conform with the Schumacher films. Not only had a mention of the Riddler been inserted in Batman '89, but a new scene with Dick Grayson had been placed in Batman Returns; he was Vicki Vale's new boyfriend, and he was shown driving a shape-changing holographic car.

The dream ended on a mortifying note. In a Returns post-credits scene, the soul of the Penguin — reduced back to infancy, back in his gothic baby carriage — was sailing down the River Styx. As his androgynous soul made its voyage along those brown waters, the disembodied spectral head of Tim Curry materialized over it.

Looming large over the carriage, Tim Curry's disembodied head metamorphosed into the disembodied head of Pennywise the Clown, complete with large, burning red eyes. Looking directly at the viewer, me, he showed a ghastly grin of sharpened teeth. For several seconds I had no choice but to stare back into those hideous eyes before I forced myself awake.