From the Dream Archives: War of the Necronauts!

I had a pretty strange, semi-disturbing dream recently.

In the dream, Earth was at war with a race of aliens who flew around in biomechanical airships which resembled giant flying manta rays. 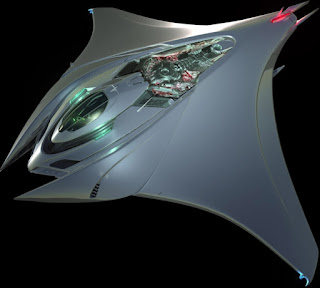 These airships would drop smaller manta rays to the ground. 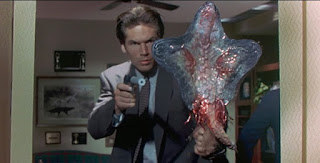 These smaller mantas were actually bio-bombs, fleshy shells containing a short-range but incredibly virulent viral agent which turned any living creatures exposed to it into zombies. These zombies weren’t particularly violent — they weren’t brain or flesh-eating monsters — but they were extremely contagious and a danger to anyone close to them. 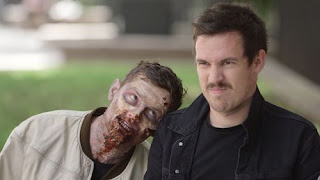 Anyway, I was a soldier in a squad stationed at a derelict ranch house, and we were tasked with taking out a bunch of bio-bombs before they could hit the ground and turn anybody into zombies. After dealing with the bio-bombs, we rendezvoused with another squad. At first, the men of the other squad were friendly. Then for some inexplicable reason, they became aloof and then violent towards us, taking their weapons and firing upon us. Though caught off guard, we quickly started fighting back.


As it turned out, our squad members all got exposed to the viral agent while we were dealing with the bio-bombs, which began transforming us into decaying zombies; that is why the other squad turned against us. Something in the viral agent rewired our brains to prevent us from recognizing the undead state we were in.