I'm a Doctor, Not a Moonshiner!

This is a first for me: a Star Trek dream.

Judging by the uniforms and state of technology, I'd say this dream took place in the time frame of Star Trek: The Motion Picture. 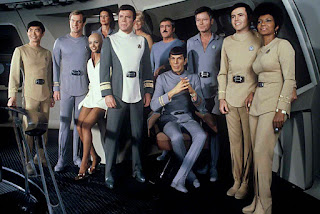 (Place me in the minority, but I actually prefer them to the TOS uniforms.)

I wanna say it took place some time after TMP — McCoy was an established member of the crew, and it felt like the V'Ger incident was in the recent past — but only now was Spock returning to the Enterprise after leaving his Kohlinahr studies on Vulcan. 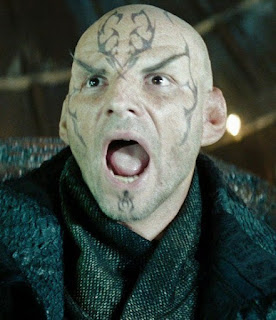 "I didn't do it! Nobody saw me do it! There's no way they can prove anything!"

Lest I forget, Kirk also had a steady girlfriend — a lady who was totally into purple. Her clothes were purple; her makeup was purple; even her hair (and hairpieces) were purple. 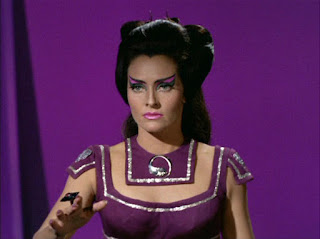 Here's the most memorable part of the dream. It was Halloween and most everybody was wearing a costume. 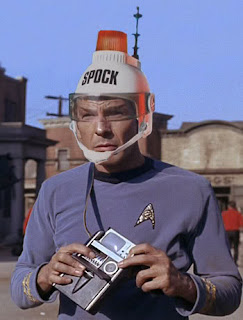 (Spock, of course, went as himself.)

McCoy, dressed as a moonshiner, had brewed his own hooch in a radiator to celebrate the occasion. When he and Kirk went to sample it, though, the horrid taste caused them both to violently spit it out. 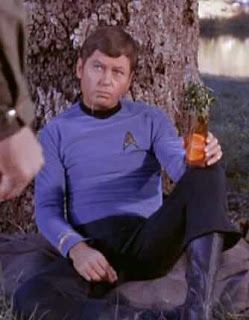 Kirk then suggested they enjoy a snifter of brandy instead.

Filling his brandy glass, Kirk started pouring McCoy's botched batch down the sink when Spock wondered in. When Spock asked him why he was starting on the brandy without finishing the moonshine, McCoy told him it was an Earth tradition. Spock took his word for it. 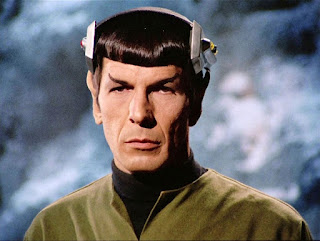