All Dogs Go to Heaven (And Sometimes Come Back)

Dreamt that I was visited by the spirit of my dog, Sheba, who's been dead since 2011. She appeared to me as she had appeared throughout much of her life — chunky, but without the mass of tumours which had developed on her chest in the years preceding her passing. Accompanying her were the spirits of several other dogs, some of whom I recognized, others I didn't. They hadn't come to haunt me; they just wanted me to know that death was not the end. 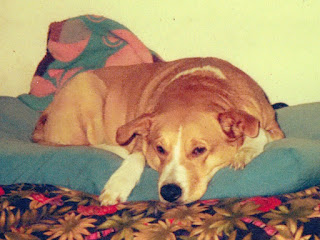