I led (or at least participated in) an insurrection which took place on the grounds of the Okanagan College Kelowna campus in the dead of winter.

(I suppose them's the breaks when your math instructor fails to communicate with you in regards to continuing your tutelage under him in spite of repeated efforts on your part to get in touch.)


Then I found myself away from the college and the insurrection, waiting for a bus in the cold, wet snow. I was then run down by a car or some such vehicle. I received no major injuries, though I was knocked senseless and ended up missing the bus.


A man at the wheel of a red car pulled up and offered me a ride. Since he looked like the bastard love child of Ernie Coombs and Hans Moleman, 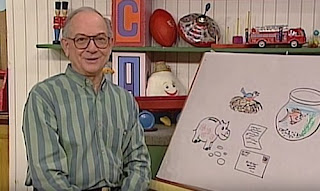 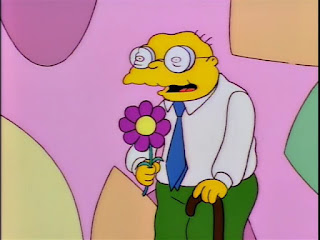 I took him as harmless and took him up on his offer. Once we got to my neighbourhood, he propositioned me for sex. 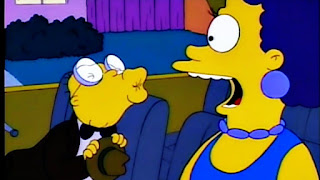 That's when I pretended to whip out a knife and held its invisible blade up to his throat.

I threatened to cut him good if he didn't let me out and drive off toot sweet. Presumably none too eagre to hurry through his twilight years, he did just that. Oh, and it wasn't winter anymore. 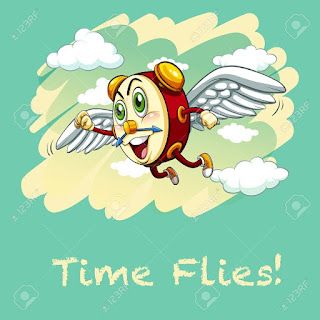 As I proceeded to walk the rest of the way home, the red car reappeared. Ernie Moleman was no longer behind the wheel. There were three unfamiliar men in there now, one of them wearing a white hood over his head; he had a bloody hole smack-dab in the centre of his forehead. As there was little cover to be had, I cut across someone's backyard and ducked down behind a short length of fence, hiding where I could see them but they couldn't see me. But they weren't human, after all, and they didn't need sight to locate me. Emerging from their car, they strode right up to where I had secreted myself. That's when I took up a length of hard, heavy wood and began beating at them with it.

Of course, being supernatural, they had greater endurance to pain and injury than any mere man. I'd hit them, and at best that would slow them down. Taking up their own lengths of wood, they in turn began hitting me; I wasn't as tough as they. Taking up a trowel lying within reach, I attacked one of the men — a portly, balding fellow — and stabbed him right in the brainpan. Twisting the trowel around, I managed to pop his eyes out, leaving them danging from their sockets. That didn't kill or incapacitate him; he was as brimming with piss and vinegar as he had been when this scuffle commenced.
Posted by Duragizer at 11:46:00 PM