Trance Gemini and Seamus Harper from the TV series Andromeda were on a ship stranded in a pocket universe. 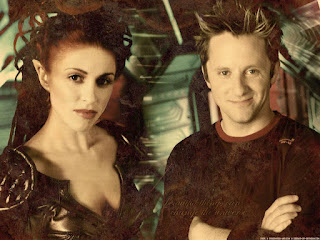 (As is wont to happen with my luck, it was Gold Trance, my least favourite incarnation of the character.)


Since this pocket universe was so minuscule, there were very few stars present inside it. This proved detrimental to Trance, as being the living incarnation of a sun, she needed long-term proximity to stellar bodies to remain healthy.

Growing progressively weaker the longer they spent trapped in the microcosm, Trance's hair started falling out. 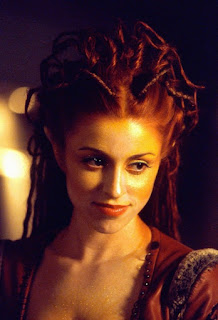 (You won't see me mourn that rat's nest.)

She gave a lock of it to Harper, asking him to weave it into his own hair. 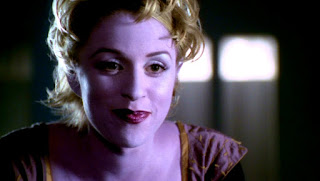 (While the dream trailed off there, I like to believe that Harper and Trance escaped the pocket universe off-screen, culminating in her transformation back to her former, perfect purple self.)

On the world of Ferenginar, most of the Ferengi — bodies slathered in silver body paint 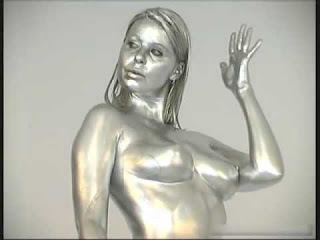 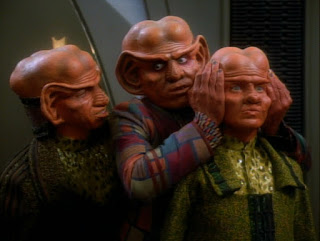 
Then the Cardassians arrived. A large invasion fleet at their command, they conquered Ferenginar with next to no resistance. Once their ships landed, the Cardassians began rounding half the Ferengi population up for transport to offworld internment camps. The remaining Ferengi? They began having consensual sex with their new Cardassian overlords right away. One of the Ferengi being hauled off called this action a "rank abomination".

My parents bought a purple cleaning product advertised in an infomercial. 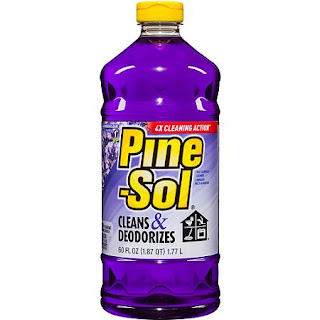 Unfortunately, the stuff proved too caustic; it began eating holes in the floor soon upon application.

Furthermore, the seller of the product turned out to be the thrall of a skeletal female vampire. 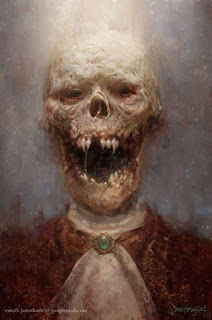