Had quite the complicated dream. Most of the details have escaped me, but here’s what I recall:

I was a kid again. Me and the other children in my class had taken a field trip to some rural farmhouse while had lain abandoned since the '90s. The house was very strange; the front door and doggy door were in the shape of a human and dog, respectively, and there was this general atmosphere of foreboding localized over the property even though the weather was bright and clear. 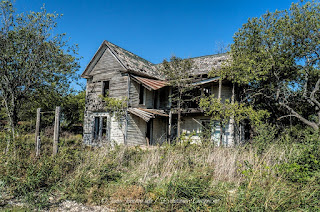 I got separated from my classmates while exploring inside. That’s when I found a pantry door which had been nailed shut since the former occupant’s disappearance. I got the door open, and that’s when the former occupant — the undead, desiccated corpse of a rather rotund woman — lurched out of the pantry, arms outstretched for my throat.

I got a chainsaw and sawed her arms off.

That didn’t stop her; prehensile tentacles sprang from her arm stumps and ensnared me. 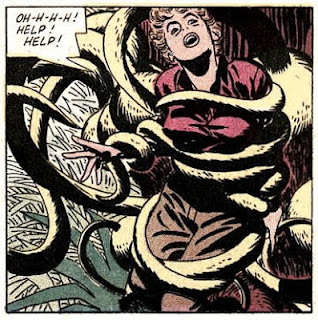 Somehow, I managed to maneuver the chainsaw into her mouth and promptly rammed it down her throat. That put an end to her right-quick.
Posted by Duragizer at 3:05:00 PM