I had a dream I was Jerry Cantrell. It was the mid '90s, and Layne Staley and I were writing a song together about hatred for neighbours.

During the writing process, we both realized we had to incorporate a famous Hollywood starlet into the song’s narrative. Charlie Sheen was there. He suggested an obscure actress from the Golden Age of Hollywood. We decided the actress had to be both young and contemporary, so we didn’t run with his suggestion. We ended up choosing Denise Richards.

I recall the first few lines of that stanza: 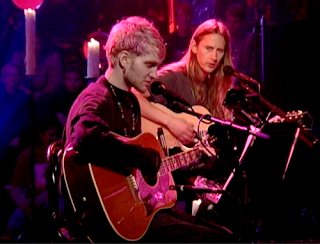 🎵Denise Richards lives next door to me. Looking sweet and pretty as can be.🎵


Essentially, the stanza was about the narrator realizing he hated Denise Richards 'cause she was a neighbour, too.

As we were finishing the song, Staley offered this as the closing line: “No singing, just a hum.” There was actually a bit more to the line than that, but by that point, I had run out of fresh pages in the notebook I was writing in and my OCD wouldn’t allow me to jot the line down on a page with even a minimum of writing on it. Once I finally found a clean page, I asked Staley to recite the line again, since I'd forgotten the extra bits, but he was too far into a heroin-induced delirium to care anymore.


A grown up Bart Simpson fell in love with a green-haired Allison Taylor. 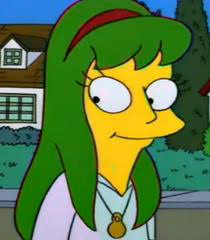 After they were married and a daughter followed, wife (and possibly daughter) were murdered by gangsters and/or a fallen angel. Bart then took to the bottle pretty hard and became a drunken souse.


I had a child, a baby girl. The mother was nowhere to be found, so I gave her to some cats to nurse. 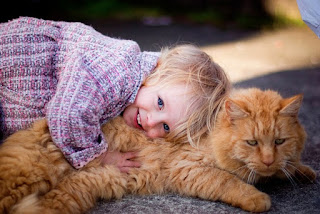 The cat milk had a mutagenic effect on the child; she developed cat-like ears and black fur over her body. 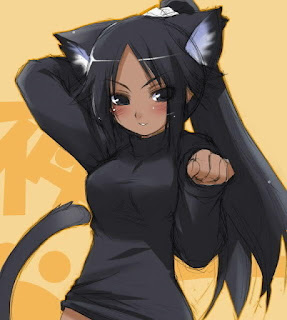 I didn’t mind having a cat-person for a daughter. I was just happy to be a father.
Posted by Duragizer at 2:15:00 AM